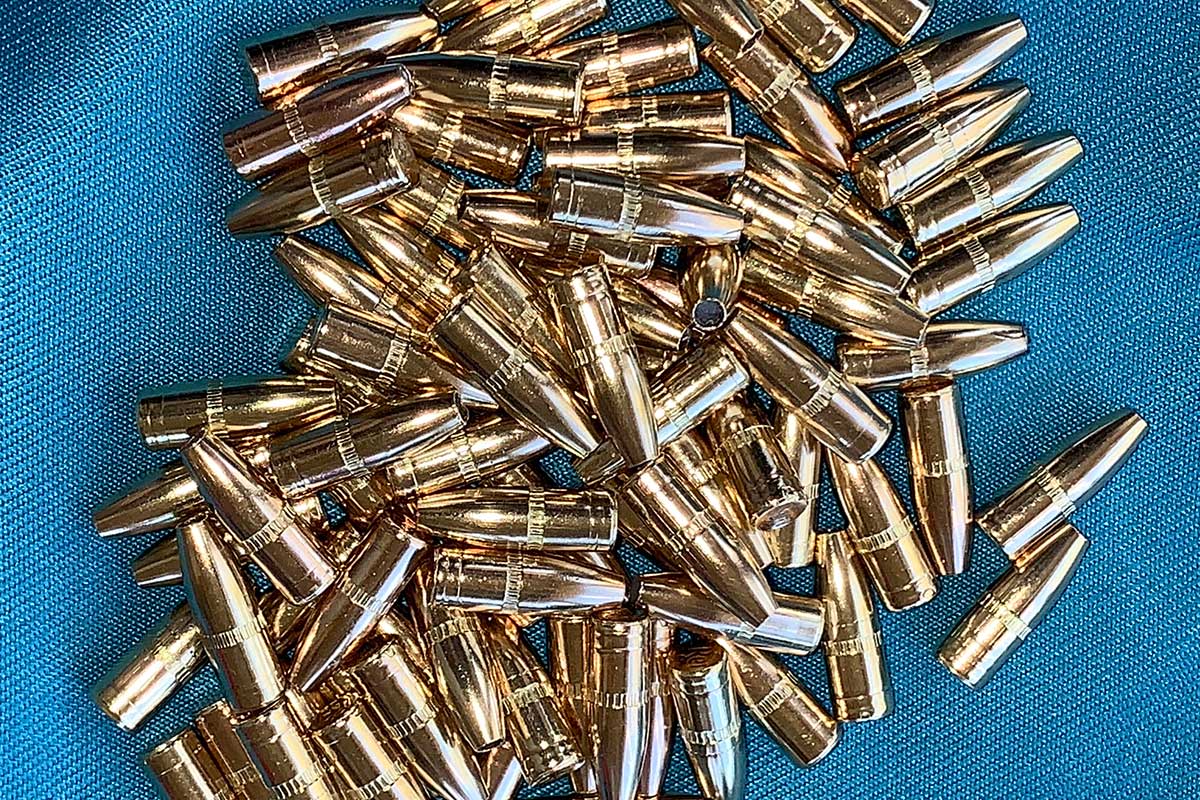 I have been reloading for over 45 years and casting my own bullets for almost as long. The main reason I got into loading and casting, like many others, was to make my shooting dollars go farther. Over the years that first single stage RCBS Rock Chucker—that I still use for some cartridges—has morphed into much more equipment. It has become a major investment.

One of the more expensive items were a set of four swaging dies from Corbin Swaging Products that turn fired .22 Long Rifle cases into jacketed .223 bullets. The dies are not inexpensive, but they will pay for themselves many times over in the coming years. How soon will depend on how much you shoot.

For example, a box of 100 FMJ .223 bullets for reloading run about $14.00 per hundred, or $140.00 per thousand. Your cost for your homemade bullets: free. Figuring five cents for primer and three cents for powder, the cost for 1,000 fully loaded cartridges is only $80.00. Cheaper if you can find powder and primers not subjected to pandemic price gouging. If you’re lucky enough to find .223 ammo on sale, 1,000 cartridges will cost around $300.00 before tax and shipping costs.

The dies can be used in a standard single-stage press or one designed specifically for swaging. I use the latter. After gathering spent .22 cases, the first step is to anneal them so they can be swaged. Boil the annealed cases in Dawn, ½ cup vinegar and a pinch of salt to remove tarnish the caustic primer mix in the rim. Swage lead cores them to the appropriate weight in the Core Swage die for the bullet you want to produce when the jacket is added. Any imperfections in the core will be forced out and excess lead will be pressed through bleed holes in the die leaving a perfect cylinder. Seat core in a jacket with just enough force so a slight lip forms inside the jacket. Forming the point will produce an open tip bullet. A steel pin that fits into the die pushes the bullet out of the die when the press handle is raised.

Step One: Gather spent .22 LR rifle cases from the range.

Step Two: Anneal cases so they can be swaged easily. I use an oven set at 500 degrees for 45 minutes.

Step Three: Boil cases in mixture of Dawn, ½ cup vinegar and a pinch of salt. This removes tarnish making them easier on the dies, and also removes the caustic primer mix in the rim.

Step 4: Lubricate the cases and the run them through the Jacket Maker die. I use Dillon Case Lube as the aerosol spray covers well. This step removes the rim and a fully formed jacket ejects from the top of the die with each pull of the handle.

Step 5: Using lead wire or cast cores, form the cores by swaging them to the appropriate weight in the Core Swage die for the bullet you want to produce when the jacket is added. I’ve settled on 60-gr. bullets. Any imperfections in the core will be forced out and excess lead will be pressed through bleed holes in the die. Another quick spay of lube make the process easier.

Step 6: Seat a core in a jacket with just enough force so a slight lip forms inside the jacket.

Step 7: Forming the point will produce an open tip bullet. An enclosed tip, FMJ type bullet may be formed by putting the bullet in the Point Forming die upside down, but I have found this shape does not improve feeding, and is less accurate. A steel pin that fits into the die pushes the bullet out of the die when the press handle is raised.

Step 8: It’s desirable to remove any residual lube from the bullets. I use a Lyman Cyclone™ tumbler that uses water, a polishing compound and small stainless steel pins for a high luster.

Step 9: (optional): If used in a bolt-action, the bullets are now ready to load. If they are going to be used in an auto-loader I suggest rolling a cannelure onto the bullet to prevent bullet setback as it is chambered with a slight taper crimp into the cannellure. I roll the cannelure .246” from the base of the bullet. This results in an overall cartridge length of 2.16”, assuming the cases have been trimmed to the suggested length of 1.75”.

Step 10: Go to the range and take satisfaction in shooting a bullet you made, basically for free minus the cost of the dies. To remove any residual lube from the bullets, author uses a Lyman Cyclone™ tumbler that uses water, a polishing compound and small stainless steel pins for a high luster. If bullets are going to be used in an auto-loader a cannelure rolled onto the bullet will prevent bullet setback as it is chambered. Your dies represent a large investment, so they deserve to be protected. I keep mine in plastic boxes with a small package of desiccant.

HOW DO THEY PERFORM?

I recently had my first chance to the bullets into gel. It shed the majority of the jacket within nine inches, but the core penetrated to 15 inches. Originally 60 grains, the recovered bullet retained most of its mass and weighed 55.8-gr.

Accuracy? At a carbine course at Gunsite on the York range I fired a five-round group that measured .52 from 75 yards. At 200 yards the group grew to just under three inches.

The terminal effect on Jackrabbits and coyotes can be described as explosive.

Caveat: While these bullets are excellent for plinking, practice, varmints and training, I would caution against using them for self-defense. Something like the 62-gr. TSX round from Black Hills Ammunition would be better suited for that role.