Knowing And Evolving From Our Foundations 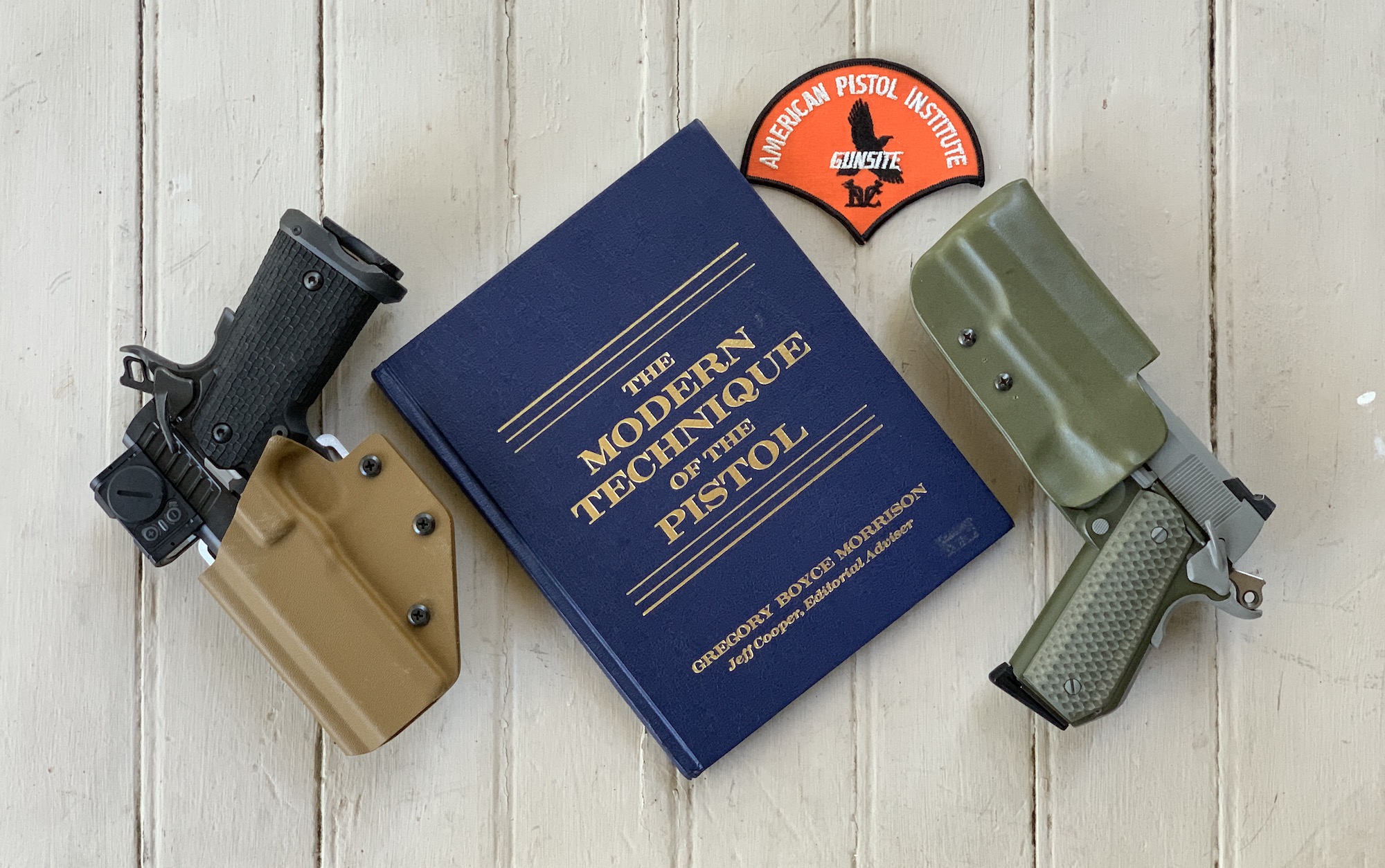 With the amount of available information on the internet in various forms, including short-form social media posts, it’s easy to forget that printed books exist. And as the editor of an online magazine, I am aware of the irony. We all can read more.

There are several good books out there with factual information in them. Some are auto-biographical based on experiences, and others are more documentary. Some have stood the test of time, while others have not.

Early on in my journey as a student of firearms training and as a young, developing instructor, I came across The Modern Technique of the Pistol. It was written by Gregory B Morrison, who was Gunsite’s operations manager when he started the project. Morrison is a professor at Indiana’s Ball State University.

For this article, I’ll refer to the book as Modern Technique to prevent a bit of redundancy. Consider the Table of Contents, a variety of good information How we clear stoppages have evolved from pinching the slide between your thumb and index finger to an overhand grip.

While Modern Technique addresses the material covered in Gunsite’s 250-Defensive pistol class, it is not a sequential repeat of the course syllabus. The text lays out the material in a way that conveys it better in written form.

You will also see techniques that have been put out to pasture in favor of better ways. Two examples are a press check done by pressing the muzzle end of the slide and attacking the case on a failure to eject stoppage – rather than working the slide.

Two chunks of material comprise the book’s content. The Combat Triad – Mindset, Marksmanship, and Gun handling – is one. The book starts with Mindset before progressing through the other two.

Part One, Mindset, starts with an essay from Cooper on the concept of an appropriate Combat Mindset. It looks at how that impacts performance during the event and your survival afterward. Cooper summarizes what one’s Mindset should be before, during, and after an event before closing with: “There is nothing wrong with winning. There is a great deal wrong with losing. Those who bear arms should keep that in mind.” The four safety rules, along with the why behind them.

This part also discusses safety, tactics, and training psychology – even though Morrison acknowledges the last part is not included in Cooper’s material. All of our manipulations have continued to evolve from where we started.

The second part is Gunhandling. For historical and practical reasons, the section on the Weaver stance is well worth reading; if for no other reason than to understand what it is and, more importantly, is not. Follow FMG editor Brent Wheat has written at length on this [HERE]; Modern Technique gives it to you from damn near the source. In the last few years, I have learned how law enforcement had a significant hand in bastardizing the Weaver platform. This happened in two ways that adversely impacted how it is perceived. First, concerns about weapon retention issues led to it being as more bladed off than it was intended to be. Second, the design and construction of early body armor turned officers at a greater angle.

Lost to a large degree was the intended goal of stabilizing the handgun through isometric pressure – pushing with the strong hand while pulling back with the support side. Knowing how skills were originally taught might help with understanding other subjects and statements.

Also covered by this section are the two types of reloads, with the original terminology – Tactical and Speed. No need to grab different terms or titles unless someone wants to be different, as the original ones are explained there. Is it worth knowing how to clear a firing pin stop-induced malfunction?

Part three starts with the second chunk, elements of the Modern Technique. There are four more beyond the Weaver stance: heavy-duty service pistol, flash sight picture, compressed surprised break on the trigger press, and the presentation (or draw). The Weaver “stance” isn’t what many think it is; here’s material from the source.

The evolution of these elements is fascinating. What was a heavy-duty service pistol in 1989? How do we view that today? Yes, it has changed, but that is because of the market and manufacturers. While a flash sight picture for an iron sight shooter may have a softer focus on the irons today, dot shooters only wait for it to flash on the part of the threat or target they need to hit. Hopefully, we are doing a better job explaining trigger mechanics and manipulation than we used to. A smooth, consistent presentation from wherever you carry it is still important, regardless of whether it was shown to you with four or five steps. Throughout the book, the specifics needed for left-handed shooters are addressed. That is not always common in shooting books.

Few of us use full-size lights like these, but the principle is the same.

The fourth part of the book addresses a handful of issues. Ballistics, modifying your firearm, turns, reduced lighting conditions, selecting gear, and maintenance. I would consider the information here from the principle involved rather than the specific technique. We are thirty-plus years of changing tactics, techniques, procedures, and equipment since this section was penned. Yet, the goals we are trying to accomplish are still the same. The push for more realistic targets isn’t new. Scoring them is discussed as well.

Modern Technique is written from a more academic perspective than most defensive shooting books. I admit that I enjoy it, though. While I have never met Morrison, I corresponded with him about his research on organizational firearms training in law enforcement. The principles behind our tactics haven’t changed.

So, how do you find a copy? Unfortunately, that is becoming difficult. A month or so ago, I learned the digital master copy had been misplaced or lost during moves from one publishing company to another. However, it is available on Amazon at a higher cost than I paid for any of my copies. Among the many things that aren’t recent developments – is an emphasis on dry practice.

So, what is the benefit of Modern Technique to an instructor or student today? Where we came from and how that laid the foundation for what we do today. Why is that important? A couple of reasons – the likelihood of anyone developing anything new is almost nil. And combining experiences and perspectives with better ways to communicate these concepts and skills to students.